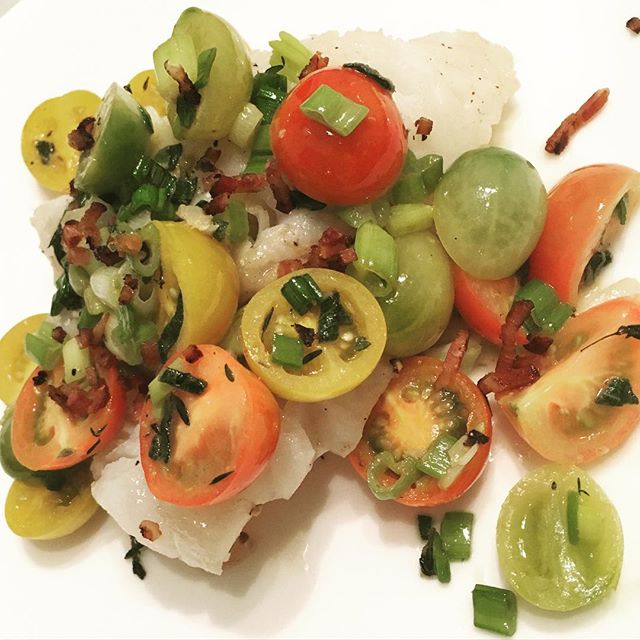 An heirloom is generally considered to be a variety that has been passed down, through several generations of a family because of it’s valued characteristics

Preheat a non-stick pan to medium-high heat. Season fish with salt and pepper. When the pan has reached its temperature, add the olive oil and place the fish in [the pan]. Cook for about 2 minutes on each side, then remove from the pan and let it rest.

Garnish: While the fish rests throw the rest of the ingredients into the pan ad sauté for 2-3 minutes.

Hi! My name is Mario Vallejo and these are my recipes. I hope you enjoy them!

I love food. I love cooking it and eating it. I love trying new restaurants, flavors and ingredients. But my favorite thing about food is sharing it with people. Food brings inspiration, art, science, and creativity all in one place. And our dinner tables are the stage among where most family and friendly debates happen. There is a connection that food creates among people. I love that the most.